Growing at the speed of light, by the time I was 16-years-old, I was six-feet-tall.  Shortly thereafter, I was two inches taller than my six-foot-tall father.  To make matters worse, I weighed only about a hundred pounds, because everything went into growth spurts.  And this was long before being boney thin and anorexic looking was considered cool and chic.  In my time, being a skinny Amazonian girl was simply an anomaly.  And fodder for relentless teasing.

I got pushed and pulled and knocked into lockers, and tripped by mean boys who found pleasure in stepping on the back of my shoes, pulling off my heels, and watching my gawky long arms and 36-inch inseam legs flail and fall toward the ground.  The teasing felt relentless.  Definitely not good for a sensitive child…  I was always amazed how even total strangers would make careless comments such as, “How’s the weather up there?”  Ha-ha.  Or, “Your chest is at my eye level.”  Ha-ha.

The Challenges of My Youth

I grew up in Orange County, known in the past as the home of John Wayne, and currently known as the home of the “Real Orange County Housewives.” Our beautiful beach communities make living in southern California idyllic.  My father worked hard in sales and my mother worked hard at what used to be known as a real housewife. Growing up around the Balboa peninsula, Balboa Island, Newport Beach, Corona del Mar, beautiful beaches, Newport bay, and the ocean.  My elementary school playground was along the beach and we literally learned our ABCs listening to the ebb and flow of the ocean waves. 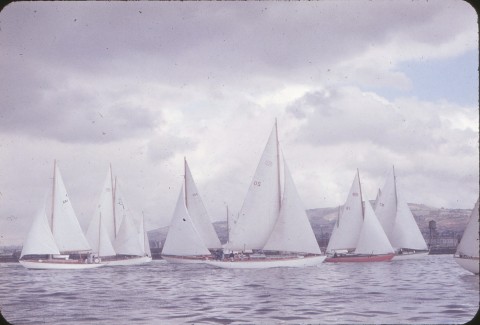 The Jetty at Newport Beach

I was the youngest child.  The unexpected, “surprise” child and, therefore, the “baby” who was nearly a generation younger than my siblings.   In my eyes, my older sisters were always comfortable in their own skin.  They always seemed to know who they were, what they wanted, and where they were going.   As a teenager, I used to tease my mother that when I was born, my first wails were begging to be let back into the warm, safe, water of the womb.  We would laugh, but we both knew that my humor deflected a life-long fear of… well, that was it… we didn’t really understand my fears.

As I look back, I can see how multiple unresolved issues came together at an early age to cause my teenage psychological angst.  I remember as a very little child being uncomfortable in new or unfamiliar places, noisy places, being around lots of people, and being anywhere without the safety of family members, especially my mother.   As a child, nursery school, Sunday school, preschool, and school caused dread.  Even Disneyland was scary – I remember being terrified of rides like Snow White or Alice in Wonderland in the “happiest place on earth.”

As I grew up, I discovered that overnights at friends’ houses made me nervous, as did adventures with groups of kids, which became extremely limiting.  I had a brief time of social ease and acceptance when I was 12-years-old and totally “clicked” with a new girlfriend.  We both loved music, clothes and fashion, decorating, and boys, and I had the best school year of my life.  It was 1965, and we tried to emulate the characters of Sally Fields in the TV show “Gidget,” and Marlo Thomas in “That Girl.”

While we dressed in mini-skirts, wore Capezio shoes, and had our first boy-girl party, worlds away in 1965, a struggling singer working in a group as Tommy Scott & the Senators, hooked up with manager Gordon Mills, became Tom Jones, and made “It’s Not Unusual” (by Les Reed and Gordon Mills).  It was his first number one hit song in the United Kingdom, and it made the top ten in the United States.  I remember being a preteen and hearing that song on my little transistor radio (does anyone remember those?).  I still had no idea that there was a dark storm in my future, and that the first few bars of the orchestral arrangement of “It’s Not Unusual” would become encoded in my episodic memory, or that I would even need… the singer who saved me.

You are currently browsing entries tagged with Acceptance at Singer Saved Me.